REENACTORS NOTES: 1476-1515 103 pages: A description of the German Peasant Wars from a socialist perspective. Good read, very brief. This book gives a narrative of the ebb and flow of the conflict and it's eventual conclusion. Vollständige Rezension lesen

FRIEDRICH ENGELS (1820-1895), a German philosopher and radical thinker, devoted his life to the poor and oppressed. He spent much of his time to his commitment to revolutionary socialism. Engels sustained an equally strong commitment to Karl Marx, whom he supported politically, financially, and with a deep friendship for 40 years until Marx's death in 1883. After Marx's death, Engels edited much of his friend's work. 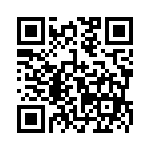