I was born in Palestine in 1941 to German parents. Due to the Nazi persecution of Jews my parents emigrated to Palestine. I lived several years in France, Germany and the United States until I settled in Iceland in 1962, where I married and have two daughters of first marriage. I worked in Iceland for over 20 years as a computer programmer and systems analyst. My second working period was in classical music, as teacher, choir master, arranger and composer (see www.tonar-og-steinar.com) In parallel I engaged in peace and human rights research. I am author of several books on (state-covert) terrorism and several papers published in human rights and international law journals. I moved in 2008 with my wife and our common son to Germany. 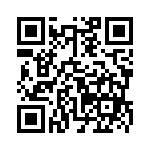