Ralph Küster was born in North Rhine-Westphalia in 1965.He studied architecture at the Technical University of Nuremberg and became a successful planer and developer of commercial buildings. Son Christian was born in 1989, Rebecca joined the family in 1995. In 2005, he decided, along with 2 fellow entrepreneurs, to found the QET institute with the aim of developing standards for corporate behavior. After nearly two years of attending meetings in leading government circles, repeated visits to Bertelsmann, TÜV, Dekra, RAL, alongside many other institutions, the team decided in 2007 to develop a unique corporate culture management system geared towards small and medium-sized businesses. This laid the foundations for the QET licensing system. QET remains, to this day, 100% self-financed. 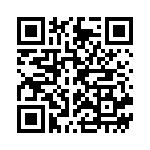