F. Schiller is a major figure of Enlightenment, who influenced many other philosophers, writers and statesmen and historians with his insightful rendition of such topics as the State, History, Religion, the Sublime. but also Love and Nature. In eight remarkable legal cases which portray the human being in all his errings and excesses, Schiller reinterprets in the spirit of a human friendly observer, past legal judgments which call upon the use of newly discovered field, such as psychology, as well as new principles which were used to draft laws, in order to reconcile humanity with legality. 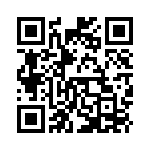