Jerry Kelly is a calligrapher, book designer, and type designer; his work has been honored more than thirty times for the AIGA "Fifty Books of the Year." In 2015 he was presented with the 28th Goudy Award from RIT. Before starting his own design business in 1998, Kelly was Vice President of The Stinehour Press, preceded by a decade as designer at A. Colish. Kelly has taught typography at Pratt Institute and Parsons School of Design in New York. Kelly has served as Chairman of the American Printing History Association, President of The Typophiles, and has written several books on calligraphy and typography, most recently Type Revivals.

Misha Beletsky is a typographer, author, and President of The Typophiles, a not-for-profit association dedicated to the appreciation and production of fine typography and bookmaking. He is also the Art Director at Abbeville Press, a publisher of fine illustrated books. Beletsky has been the recipient of numerous awards and his work in in permanent collections at major museums and libraries, including the Metropolitan Museum of Art, Library of Congress, and the Hermitage in St. Petersburg. 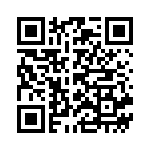