Professor Paul A. Samuelson, founder of the renowned MIT graduate department of economics, was trained at the University of Chicago and Harvard. His many scientific writings brought him world fame at a young age, and in 1970 he was the first American to receive a Nobel Prize in economics. One of those rare scientists who can communicate with the lay public, Professor Samuelson wrote an economics column for Newsweek for many years. He testifies often before Congress, serves as academic consultant to the Federal Reserve, the U.S. Treasury, and various private, nonprofit organizations, and was economic advisor to American presidents including John F. Kennedy 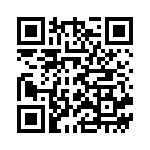