Italian poet Giacomo Leopardi, son of Count Monaldo and Countess Adelaide, was born in Recanati, Italy, on June 29, 1798. Leopardi enjoyed the company of his brother Carlo and sister Paolina, with whom he played such games as dressing up in clerical wear and saying mass, or acting in historical dramas. Encouraged to learn by his parents, Giacomo Leopardi was able to read and write Greek by the age of 15. It was his ability at poetry that kept him sane when, at 18, he lost most of his eyesight and developed a severely curved spine. Leopardi fell in love with his married cousin Countess Geltrude Cassi, with whom he had a powerful affair, in 1817. Nine years later, Leopardi fell in love with yet another married countess, Teresa Carniani Malvezzi, whose husband put an end to the affair. Leopardi channeled his anguish over his physical condition and emotionally exhausting romances into his poetry, fueled by the enthusiasm of his mentor, Pietro Giordani, and by the financial aid of such persons as publisher Antonio Stella, who paid Leopardi for his editing of works by classical writers. Although his poetry is usually grim and gloomy, his attention to detail with outdoor scenes is praised by critics, such as in his shortly-before-death poem, "The Broom," about a flower's growth. Giacomo Leopardi died on June 15, 1837, in Naples, Italy. 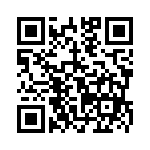