This is the Norton Critical Edition. Robert M. Adams's translation has his invaluable notes. No other edition has these notes which are concise and explain all the personalities and military exploits ... Vollständige Rezension lesen

“This is why armed prophets always win and unarmed prophets lose” “A prince therefore should have no other object, no other thought, no other subject of study, than war; its rules and disciplines” “It ... Vollständige Rezension lesen

Political philosopher, statesman and court advisor Niccolo Machiavelli was born on May 3, 1469 in Florence, Italy. Starting out as a clerk, Machiavelli quickly rose in the ranks because he understood balance of power issues involved in many of his diplomatic missions. Machiavelli's political pursuits quickly ended after he was imprisoned by the Medici family. Machiavelli is best known for "The Prince," his guide to power attainment and cutthroat leadership. He also wrote poetry and plays, including a comedy named "Mandragola." Niccolo Machiavelli died on June 21, 1527 in Florence. 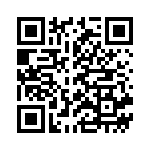