This is an interesting book on Political Philosophy, I think it falls under Realism. Machiavelli doesn't want to systematize but simply shares from his experience. As I kept reading the book, I had to ... Vollständige Rezension lesen

Niccolo Machiavelli was born on May 3, 1469 in Florence, Italy. He was a political philosopher, statesman, and court advisor. Starting out as a clerk, he quickly rose in the ranks because he understood balance of power issues involved in many of his diplomatic missions. His political pursuits quickly ended after he was imprisoned by the Medici family. He is best known for The Prince, his guide to power attainment and cutthroat leadership. He also wrote poetry and plays, including a comedy named Mandragola. He died on June 21, 1527 at the age of 58.

Peter E. Bondanella is Professor of Italian Emeritus at Indiana University, an NEH Younger Humanist and Senior Fellow, and the author of Machiavelli and the Art of Renaissance History and Francesco Guiccardini. 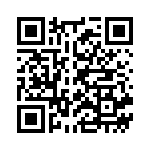