Philip Nyhus is the Director of the Environmental Studies Program at Colby College in Maine, Maine, US. His interdisciplinary research bridges the natural and social sciences to address human interactions with the environment, including endangered species conservation and recovery, human-wildlife conflict, large landscape conservation, and spatial modelling. He is co-editor of Tigers of the World: The Science, Politics and Conservation of Panthera tigris (2010).

Dr. Laurie Marker (DPhil) is a leading expert on the cheetah and Founder and Executive Director of Cheetah Conservation Fund (CCF), the longest running conservation organization dedicated to cheetah survival. From CCF's International Field Research and Education Centre in Namibia, Dr. Marker develops range-wide solutions to problems threatening the world's fastest land mammal in collaboration with researchers and conservationists from all over the globe. Dr. Marker earned her DPhil in Zoology from the University of Oxford's WildCru, and has published more than 100 scientific papers in peer-reviewed journals encompassing cheetah genetics, biology, ecology, health and reproduction, human impact, and species survival. She is an A.D. White Professor-at-Large with Cornell University, chairs the Large Carnivore Management Association of Namibia, serves on Panthera's Cat Advisory Council, and is a member of the International Union for Conservation of Nature (IUCN) Cat Specialist (core) Group, as well as the Conservation Breeding Specialist Group and Veterinary Specialist Groups. Dr. Marker has received many awards for her research contributions and scientifically-based conservation strategies, including the Tyler Prize for Environmental Achievement, the E.O. Wilson Biodiversity Technology Pioneer Award, and the Ulysses S. Seal Award for Innovation in Conservation.

Dr Lorraine Boast (PhD) began a career in cheetah conservation in 2006 with Cheetah Conservation Botswana. Coordinator of the project 's research program from 2008 to 2011, she has experience in a broad range of monitoring techniques and their application to cheetahs, including spoor tracking, camera-trapping, scat analysis, questionnaires and mark and recapture. As coordinator of the project's field base on Botswana farmland, she gained first-hand experience of the complexities of human-cheetah conflict and its mitigation, and completed her PhD on predator conflict on game ranches in 2014. Dr Boast currently resides in China where she is a visiting academic researcher at Beijing Forestry University; her main research interests are big cat conservation focusing on human-wildlife conflict and illegal trade.

Dr. Anne Schmidt-Küntzel (DVM, PhD) is the Assistant Director for Animal Health and Research for Cheetah Conservation Fund (CCF), for which she established the Life Technologies Conservation Genetics Laboratory in 2008. She earned her DVM in 2002 from the Veterinary School of Ličge in Belgium, and her PhD in Genetics in 2007 from The George Washington University in Washington D.C., under the mentorship of conservation geneticist Dr. Stephen O'Brien. Dr. Schmidt-Küntzel carries out research on a variety of endangered species using techniques ranging from non-invasive genetics to biomedical questions. Her main focus is the status of cheetah genetics and its consequences for conservation, and she was a member of the international collaborative research team responsible for mapping the cheetah genome in 2015. Dr. Schmidt-Küntzel shares her time between CCF's International Field Research and Education Centre in Namibia and the Washington D.C., metropolitan area of the United States, where she is a Research Associate at the Smithsonian Institute. 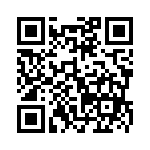