This book is an interesting book. It gives many ways that spycraft, deception, and subterfuge were used during the Revolutionary War. It provides lots of information. It is a topic that is not much ... Vollständige Rezension lesen

This book reads like a first draft, the one where the author pulls together all his (considerable) research but has yet to write the part of the text that puts things in context and tells a compelling story. A pity, because I got the sense that there's some good stuff hiding in there. Vollständige Rezension lesen 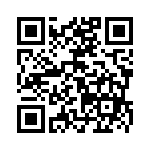