Seite 114
Now take thy steepy Flight from Heav'n , and In this short File Barzillai 40 first appears , 860 Barzillai , crown'd with Honour and with Years . If thou canst find on Earth another He : Long since , the Rising Rebels he withstood ...
Seite 238
Away ! disperse all to your several Charges , Act Four And meet to - morrow where your honour calls Enter Jaffair and BELVIDERA . you ; I'l bring that man , whose blood you so much Jaff . Where dost thou lead me ?
Seite 816
The third , are those , which are formed by an union , an arbitrary union , of both the others , and of the various relations between them , in greater or lesser degrees of complexity , as virtue , honour , persuasion , magistrate , and ... 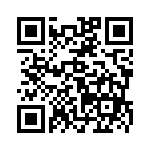