Seite 120
I went to consult a close and trustworthy friend of mine to ask him how I could get
out of this predicament , but once more the hand of providence intervened . Only
a short time later , the Gestapo made a surprise inspection in the shop , causing ...
Seite 127
My close friends , most of whom were older than I , were very active in the
movement , especially Antek , Tzyvia , Tovia , and Frumka Plotnicka . Antek and
Tzyvia were the ones who influenced me most . They molded my character and
left their ...
Seite 162
My parents and I , along with some of my close relatives , were ordered to go with
the following transport , and we stayed in the train station that night . The next
morning was a regular springtime Monday , and the sun was shining brightly . 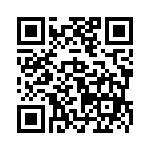