Seite 51
These events , known as the Panhellenic games , included the Olympic , Isthmian
, Pythian , and Nemean festivals . The Olympic Games , the most celebrated of
the national festivals , were conducted every four years at Olympia , commencing
...
Seite 448
Trouble arose again over the selection of representatives for the 1920 Olympic
Games by the AAU - dominated American Olympic Committee . Secretary of War ,
John W . Weeks , stepped in with a proposal which culminated in the formation of
...
Seite 612
In 1951 the International Olympic Committee granted Egypt permission to
organize the Mediterranean Games , and invitations were sent to France , Greece
, Italy , Lebanon , Malta , Monaco , Spain , Syria , Turkey , and Yugoslavia . 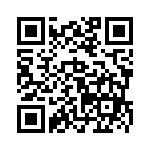