Seite 974
This leads her to consider Black terms that derive from and represent the scholastic view within mainstream culture , such as bad English and good English , on a par with country , which derives from the Black Southern experience .
Seite 976
Black , which was originally used by Blacks among themselves as whites used it , reflecting thereby a submissive attitude ... more recently than nigger , in ' Black is beautiful ' , ' Say it out loud , I'm Black and I'm proud ' etc.
Seite 982
In light of such changes , MK's observations with regard to Black values and attitudes about language , for example , seem disproportionate , and as such , dated . Chapter three is timeless , and except for the need to make some minor ... 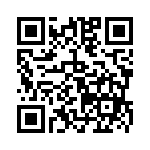