Seite 3
Even so , what it tells us is something about Housman - nothing decisive about the poem . It is unfortunate if this playing down of such responses seems to deny humanity to either writer or reader .
Seite 23
Edgar tells of his sinful past and moralizes , and from all his words the clothes imagery , although it does not have a primary position , is never absent . He says that he " wore gloves in my cap ” ( III.iv , 88 ) , and he exhorts ...
Seite 246
If he , who , as this Bell tells mee , is gone now , were some excellent Artificer , who comes to him for a clocke , or for a garment now ? or for counsaile , if hee were a Lawyer ? If a Magistrate , for Justice ? 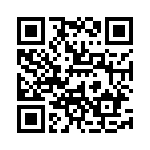