FRANK LEISTNER is Chief Knowledge Officer for SAS Global Professional Services. He has been in the IT industry for more than twenty years, beginning as a systems programmer for Nixdorf Computer in his native Germany. From 1989 to 1993, he worked for Siemens-Nixdorf in a liaison role out of Mountain View, California, focusing on the development of UNIX multiprocessor operating systems. In 1993, Leistner joined the European headquarters of SAS, shifting his focus to application development and field consulting. Based on his experiences in the field, he founded the SAS knowledge management program in 1997 and, since then, has been leading a range of knowledge exchange initiatives on a global level. 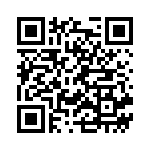