A great read, a fasinating look at back stabbing (litrally) and ambition in the roman world. Makes you think twice before eating anything your Mother has made you! Vollständige Rezension lesen

Fik Meijer is professor of Ancient History at the University of Amsterdam, translator and author. His most recent publication is St. Paul's Seavoyage to Rome. 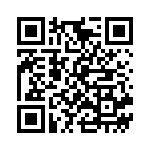