Peter Knight teaches American Studies at the University of Manchester, UK. He is the author of Conspiracy Culture, and the general editor of The Encyclopedia of Political Conspiracy Theories 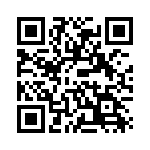