Seite 28
The names by which successive French historians have described the Parisian
crowds which played so prominent a role in the French revolution—les sans-
culottes, le peuple, la canaille, les bras-nus—are all, for those who know the
rules of ...
Seite 61
... million hearts: this, not the wounded vanities or contradicted philosophies of
philosophical advocates, rich shopkeepers, rural noblesse, was the prime mover
in the French revolution; as the like will be in all such revolutions, in all countries.
Seite 168
Carlyle, in his French Revolution, called Louis XV “a very World Solecism
incarnate.” He evidently liked the phrase,. *R. H. Tawney: The Agrarian Problem
in the Sixteenth Century (London: Longmans, Green & Co.; 1912), p. 177. *
Lectures on ... 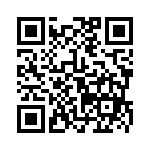