Seite 41
Within the new province some of the Greek cities , including Pergamum itself ,
were to be free ( liberae ) , though the cities which had rebelled probably had to
pay tribute . Gaius Gracchus , however , then re - organized the taxation - system
...
Seite 70
... the north , old and proud Etruscan cities , Umbrian tribesmen , Samnite
highlanders , Oscan dalesmen , the old cities of Latium , the Greek cities of the
South , and the wilder Bruttian tribesmen , all now found in Rome their communis
patria .
Seite 273
been ' free ' or ' federate ' cities under the Republic , but this status no longer
exempted them from taxation , though perhaps they might expect less attention
from the governor . Thus Roman control in the provinces was to a large extent
indirect ... 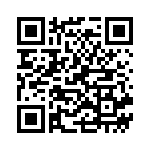