Seite 58
After a brief discussion of general problems , we find separate chapters assigned to the separate languages and nationalities . Thus , the Serbo - Croats , the Slovenes , the Czechs , the Slovaks , the Sorabians ( Wends , Lusatians ) ...
Seite 214
... of any linguist who sits down to write a grammar , however ' pure ' an adherent of one or another procedure he may be in his theoretical discussions . By choosing for each part of his discussion that method which seems to fit best ...
Seite 323
However , the greater part of Russell's discussion of language would not be of interest either to linguists or to semanticists , as such . In his own words ( xiii ) , Part Two , on language , is still concerned with preliminaries . 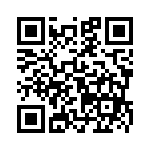