Seite 158
Search not the book called the Scripture , which any human hand might make , but the Scripture called the Creation . The only idea man can affix to the name of God , is that of a first cause , the cause of all things .
Seite 254
Genius and virtue are independent of rank and fortune ; and it is neither the opulent , nor 20 the indigent , but the man of ability and integrity that ought to be called forth to serve his country : and while , on the one hand ...
Seite 442
Our frame of government , then , is justly called a federal republic , with one chief magistrate elected by what the Greeks called , in politics , the Koinon , the Whole , with a complete representative govern- ment for that whole ... 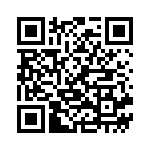