Hendrik Willem van Loon was born in Rotterdam, the Netherlands on January 14, 1882. He immigrated to the United States in 1902 and attended Cornell University, where he received a bachelor's degree in 1905. After graduating, he became a news correspondent for the Associated Press. He reported from Russia on the Russian Revolution in 1905 and from Belgium during World War I in 1914. He received a Ph.D. from the University of Munich in 1911. His dissertation, The Fall of the Dutch Republic, was published as a book in 1913. He lectured at Cornell University on European History from 1915-1917 and served as the Department Head of Social Sciences at Antioch College, Ohio from 1921-1922. He was an author, historian, and illustrator. His wrote about 40 books during his lifetime including The Rise of the Dutch Kingdom, The Golden Book of the Dutch Navigators, Report to Saint Peter, and The Story of Mankind, which received the Newberry Medal in 1922. During World War II, he broadcast speeches to the Netherlands. For his contributions during the war, Queen Wilhelmina, the Dutch queen, knighted him in 1942. He died on March 11, 1944 at the age of 62. 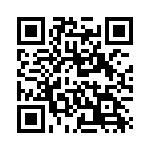