THE SOCIAL ART: Language and Its Uses

A modest survey of recent linguistic theory and practice in which Macaulay (Linguistics/Pitzer College; Generally Speaking, 1980—not reviewed) draws on 25 years of teaching to present what he admits ... Vollständige Rezension lesen

Ronald K.S. Macaulay is Professor of Linguistics at Pitzer College. He is the author of Generally Speaking: How Children Learn Language and Locating Dialect in Discourse: The Language of Honest Men and Bonnie Lasses in Ayr. 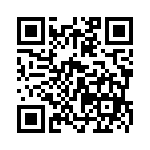