Seite 181
S Italians were attracted by trade to Greece , Asia Minor , Sicily , Africa ,
Narbonese Gaul and Spain in increasing ... her military needs from her provincial
tribute , the demand for luxuries increased : statues and other works of art ,
jewellery ( e ...
Seite 186
As to Circenses , the number of public festivals was increased by the
establishment of Ludi Sullanae victoriae and Ludi victoriae Caesaris in honour of
Venus Genetrix . In addition to the regular festivals , individuals , especially
candidates for ...
Seite 334
The population of Italy was increasing and therefore much wheat must have been
grown : if its production declined , this ... Tiberius to Nero imperial confiscations of
land , both in Italy and the provinces , increased , while the emperor received ... 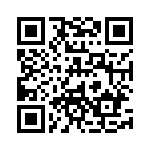