Born in Switzerland, Wolfgang Pauli was the son of a professor of physical chemistry at the University of Vienna and godson of Ernst Mach. He was a child prodigy, writing an outstanding paper on the theory of relativity at age 19, and receiving his Ph.D. from the University of Munich in 1922. After further study with Niels Bohr and Max Born, Pauli taught at the Federal Institute of Technology in Zurich, where he remained until his death in 1958. His discovery of the exclusion principle enabled Pauli to explain the structure of the periodic table of elements, formulate fundamental theories of electrical conductivity in metal, and investigate magnetic properties of matter. For this discovery, Pauli received the Nobel Prize in 1945. Pauli's second great accomplishment was resolving the "problem" of beta decay. In 1930 he addressed this question of the "missing energy" of electrons by suggesting that an emitted electron was accompanied by a neutral particle carrying an excess of energy. Pauli's intellectual ability was not matched by his manual dexterity; his colleagues laughed at the so-called Pauli effect, whereby accidents seemed to happen whenever he worked in the laboratory. 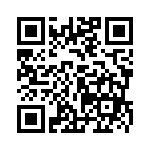