Seite 114
Paris , May 11 , 1789 . The revolution of France has gone on with the most
unexampled success , hitherto . There have been some mobs , occasioned by
the want of bread , in different parts of the kingdom , in which there may have
been some ...
Seite 122
Paris , July 19 , 1789 . The scarcity of bread begins to lessen in the southern
parts of France , where the harvest has commenced . Here it is still threatening ,
because we have yet three weeks to the beginning of harvest , and I think there
has ...
Seite 126
I went yesterday to Versailles , to satisfy myself what had passed there ; for
nothing can be believed but what one sees , or has from an eye witness . They
believe there still , that three thousand people have fallen victims to the tumults of
Paris . 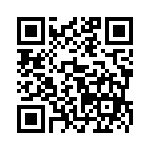