Will Kymlicka received his B.A. in philosophy and politics from Queen's University in 1984, and his D.Phil in philosophy from Oxford University in 1987. Since then, he has had research fellowships at various universities in the United States (Princeton), Canada (Queen's; Toronto; Ottawa), and
overseas (European University Institute). His work has been translated into Spanish, Italian, French, German, Swedish, Polish, Japanese and Chinese. 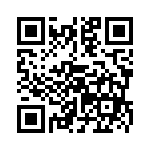