Edward Hallett Carr was born in 1892. He joined the Foreign Office in 1916 and worked there in many roles until 1936 when he became Woodrow Wilson Professor of International Politics at the University College of Wales, Aberystwyth. After the war he became a Fellow of Balliol College, Oxford and then of Trinity College, Cambridge. His major work was the 14-volume A History of Soviet Russia (published 1950-78). What Is History? is based on his Trevelyan Lectures, delivered in 1961. He died in 1982. 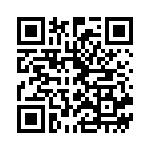