Wil van den Bercken is a Slavist and professor of the history of the Russian Orthodox Church at the Radboud University in Nijmegen (The Netherlands). His publications include 'Ideology and Atheism in the Soviet Union' (1988), 'Holy Russia and Christian Europe: East and West in the Religious Ideology of Russia' (1999) and 'Aesthetics as a Religious Factor in Eastern and Western Christianity' (ed., 2005). He is editor-in-chief of the 'Journal of Eastern Christian Studies'. 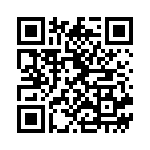