Seite 124
On the other hand , Maryland , Virginia and Pennsylvania came through ... with a bayonet and placed in the hands of a marksman who would accept discipline ...
Seite 400
Thus , at garrisons across the nation , men in the same uniform exchanged toasts of farewell and wrung each other's hands while their wives exchanged misty ...
Seite 872
All had hands tied behind their backs , some with cord , others with regular issue army ... regularly shooting captured officials out of hand and , later on ...

Very much a military history, Leckie reports on the wars from the colonial conflicts through the Gulf War. He brings a crisp style and tight reporting to a massive sweep of history. He tells how the ... Vollständige Rezension lesen

Robert Leckie was born in 1920 in Philadelphia, Pennsylvania. At the age of 16, he began a career as a sportswriter for The Record of Hackensack. He also later worked as a reporter with the Associated Press, the Buffalo Courier Express, the New York Journal American, the New York Daily News and The Star-Ledger. The day after the attack on Pearl Harbor, Leckie joined the Marines. He became a machine gunner and scout in the 1st Marine Division in the Pacific and participated in all of the Marine campaigns except Okinawa. He was awarded the Naval Commendation Medal with Combat V, the Purple Heart and five battle stars. Leckie was on active duty for three years and participated in six campaigns. It is because of his experience in the war that he chose to write about American military history. Most of his books trace American war history from the French and Indian War to Desert Storm. Leckie's first book was published in 1957, and was a personal narrative of his experiences in World War II. It was entitled "Helmet for My Pillow." His books covered the Civil War in "None Died in Vain: The Saga of the American Civil War," another World War II book called "Delivered from Evil: The Saga of World War II" and his one volume history entitled "The Wars of America." Leckie adapted many of his books for a younger audience and also wrote some fiction books. In 1969, the Leckies founded The Sportstman's Club at Lake Hopatcong, a physical fitness facility in New Jersey. The family owned the club until about eighteen months before Leckie's death. Robert Leckie died on December 24, 2001. He was 81 years old. 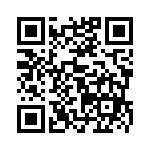