Seite 6
It was a body proper to serve as adjunct and appendage to a noble and
knowledgeable headpiece , that was of course head and front of the whole ,
whereas with the whole Nanda the body was , so to speak , the main thing , and
the head ...
Seite 57
At that moment a voice was manifest to her out of the air : no other , of course ,
than the voice of Durga - Devi , the Unapproachable , Kali the dark , the voice of
the World - Mother herself . It was a deep , harsh voice , with a maternal firmness
...
Seite 85
course , heard their own story all over again , horrible as it was , with pleasure
from his lips , and Kamadamana , although he maintained his Kajotsarga position
unmoved , presumably found it arresting too . Shridaman recounted his own and
... 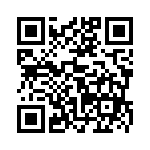