The last partnerships: inside the great Wall Street money dynasties

Geisst (Wall Street: A History; Monopolies in America: Empire Builders and their Enemies from Jay Gould to Bill Gates) here provides a history of U.S. investment banking over the past 200 years. As ... Vollständige Rezension lesen

Seite 10 - The embarrassments', which have obstructed the progress of our external trade, have led to serious reflections on the necessity of enlarging the sphere of our domestic commerce; the restrictive regulations, which in foreign markets abridge the vent of the increasing surplus of our agricultural produce, serve to beget an earnest desire that a more extensive demand for that surplus may be created at home; and the complete success...
Wird in 80 Büchern von 1813 bis 2008 erwähnt
Seite 165 - Curtin, what do you think of those fellows in Wall Street, who are gambling in gold at such a time as this?" "They are a set of sharks," returned Curtin. "For my part," continued the President, bringing his clinched hand down upon the table, "I wish every one of them had his devilish head shot off !
Wird in 32 Büchern von 1866 bis 2006 erwähnt
Mehr
Seite 122 - Agents of Concentration It is a fair deduction from the testimony that the most active agents in forwarding and bringing about the concentration of control of money and credit through one or another of the processes above described have been and are JP Morgan & Co. First National Bank of New York National City Bank of New York Lee, Higginson & Co., of Boston and New York Kidder, Peabody & Co., of Boston and New York Kuhn, Loeb & Co.
Wird in 41 Büchern von 1913 bis 2006 erwähnt
Seite 23 - We all know that the Americans can fight. Nobody doubts their courage. I see now in my mind's eye a whole army on the plains of Pennsylvania in battle array, immense corps of insolvent light in fan try, regiments of heavy horse debtors, battalions of repudiators, brigades of bankrupts, with Vivre sans payer, ou mourir...
Wird in 10 Büchern von 1849 bis 2001 erwähnt
Seite 125 - It might not be dangerous, but still it has gone about far enough. In good hands, I do not see that it would do any harm. If it got into bad hands, it would be very bad.
Wird in 28 Büchern von 1890 bis 2006 erwähnt
Seite 187 - Because a man I do not trust could not get money from me on all the bonds in Christendom.
Wird in 67 Büchern von 1844 bis 2007 erwähnt
Seite 64 - That would not be the way to do it. He gets his clients by reason of his reputation for ability and for successful cures and for sound advice given. And so it is with the lawyer. So it is with the architect. And so in our case it has long been our policy and our effort to get our clients, not by chasing after them, not by praising our own wares, but by an attempt to establish a reputation which would make clients feel that if they have a problem of a financial nature, Dr. Kuhn, Loeb & Co. is a pretty...
Wird in 11 Büchern von 1921 bis 2001 erwähnt
Seite 125 - inveighed bitterly against the growing power of the Jews and of the Rockefeller crowd, and said more than once that our firm and his were the only two composed of white men in New York."97 In many respects.
Wird in 7 Büchern von 1988 bis 2006 erwähnt
Seite 34 - Pray what is a syndicate Intended to indicate? Is queried abroad and at home. Say, is it a corner Where Jay Cook-y Horner Can pull out a very big plum?
Wird in 8 Büchern von 1911 bis 2008 erwähnt
Seite 89 - ... operators to keep up with the news. In the meantime two forces were preparing to strike the conspirators a blow. One was a movement led by James Brown, a Scotch banker of New York, and supported by many leading bankers and merchants. The situation of all those whose legitimate business required the purchase of gold was exceedingly critical, and the boldest of them, under the lead of Brown, joined the great crowd of speculative bears in desperate efforts to break down the conspiracy and put down...
Wird in 8 Büchern von 1870 bis 2001 erwähnt
Weniger

Charles R. Geisst, professor of finance at Manhattan College, is the author of ten books including Wall Street: A History (1997) which was a New York Times Business Bestseller, selection of the History Book Club and the Book of the Month Club, and on the Canadian Business Bestseller list. In addition, Mr. Geisst is being considered as a featured expert on the subject of Wall Street for a television documentary currently being developed by Peter Guber (Columbia Studios). One of his other recent books, Investment Banking in the Financial System (Prentice Hall, 1995) was recently published in Beijing in a Chinese language edition. Geisst has been a frequent guest on CNBC, Bloomberg Television, and Nippon TV. 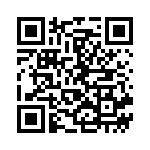