Seite 51
Pretending delight , I said , " Sir , I would like to let my parents know that I was
chosen for such a high position , so that they should not worry when I do not
come home . " He agreed with me . At that moment I decided to escape . Outside ,
my co ...
Seite 193
When we had finished our evening prayers and Kaddish , we decided that some
of us would have to escape , regardless of the price we would pay . It was
decided that I should escape . Since I had no money , I asked Kalman Zhibaski ,
who ...
Seite 338
Chaim Widawski , however , the organizer of the hidden radio station , managed
to escape . The arrested were transferred to the Gestapo , where they were
eventually hanged . The Germans held the Jewish police responsible for
Widawski ' s ... 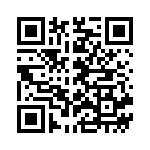