Seite 22
Though a brother , he considered himself as my master and me as his apprentice , and accordingly expected the same services from me as he would from another , while I thought he degraded me too much in some he required of me , who from ...
Seite 59
three weeks , was accordingly considered as an excom . municate , and had so many little pieces of private malice practiced on me , by mixing my sorts , transposing and breaking my matter , etc. , etc. , if ever I stepped out of the ...
Seite 87
My friends there , who considered I had been of some service , thought fit to reward me by employing me in printing the money ; a very profitable job and a great help to me . This was another advantage gained by my being able to write . 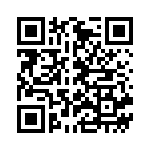