ANTOON A. LEENAARS practises psychology in Windsor, Ontario, and is affiliated with the University of Leiden, The Netherlands. SUSANNE WENCKSTERN is a psychology consultant for the Board of Education, City of Windsor. ISAAC SAKINOFSKY is a professor of psychiatry at the University of Toronto and head of the Suicide Studies Program at the Clarke Institute for Psychiatry. 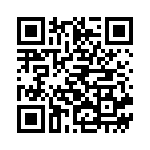