Seite 63
In fact , this power , or lan- said of water animals , such as fishes , molluscs , guage , is peculiar to man . For while the cap- 537a crustaceans , to wit crawfish and the like . ability of talking implies the capability of ut- These ...
Seite 128
The fact is , that at these times fishcoast of Nauplia , in the Argolid , a number of es are particularly ... and this is due to the fact that ara , and certain species of other genera , domesheat and drought are apt to come together .
Seite 697
If the poet's description be criticized as not true to fact, one may urge perhaps that the object ought to be as described — an answer like that of Sophocles, who said that he drew men as they ought to be, and Euripides as they [i5] ... 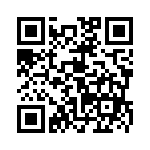