Seite 39
By doing so they brought wealth of a new kind to England . They made its first tradingtowns — York , Leicester , Lincoln , Nottingham , Derby , Stamfordand helped to make London again what it had been in Roman times , a great port .
Seite 101
When , long afterwards , the kings of other lands brought the feudal jurisdictions under their control , the authoritarian maxims of Roman civil and canon law , deeply rooted in the minds of continental royal lawyers , often became ...
Seite 214
Though behind them lay the quarrymen and burners of the limestone - hills , the seamen and drovers who brought the materials to the building - sites , and the labour - services and carrying - dues of the local manorial tenants ... 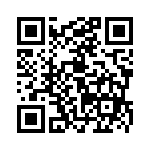