The editor is Associate Research Professor at the SÝren Kierkegaard Research Centre at the University of Copenhagen. 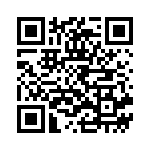