Louis Decimus Rubin, Jr. was born in Charleston, South Carolina on November 19, 1923. After serving in the Army during World War II, he received a history degree the University of Richmond. He worked for The Associated Press and several newspapers including the Richmond News-Leader before receiving master's and doctoral degrees from Johns Hopkins University. In 1953, while still at Johns Hopkins University, he co-edited his first book, Southern Renascence: The Literature of the Modern South. He taught at the University of Pennsylvania, Hollins College, and the University of North Carolina at Chapel Hill. He was a co-founder of Algonquin Books and founder of the Fellowship of Southern Writers. In 1989, he retired from the UNC faculty after 22 years to focus on Algonquin Books. He was a prolific author who wrote novels, critical studies, histories, memoirs and a guide for predicting the weather. His books include Small Craft Advisory, Babe Ruth's Ghost, A Memory of Trains, An Honorable Estate, and My Father's People. He died from kidney disease on November 16, 2013 at the age of 89. 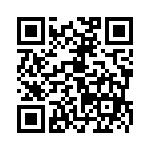