Seite 6
The greater part of these studies , six in fact , deal with forms taken by Portuguese in Africa and Asia , one with French in Annam , one with the Spanish of the Philippines , the other with English in the Melanesian regions .
Seite 208
As for the fact that the present has an active form in the meaning ' die ' , we note that some other words in our list showed a similar relation , and in view of the fact that a different present form conveyed the active meaning , there ...
Seite 267
The indiscriminate use of ' is further shown by the fact that , without explanation , many of Serrano Laktaw's ( as well as Bloomfield's ) words are made to fit the cvcvc pattern by the addition , variously , of ' - , - , and - This ... 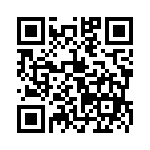