Seite 360
Pamphlets on a word of notice ; for it is not only in everybody's hands , Annils of Rousham , by W. Wing ; On MSS . and ... lost the American accompanies the engraving . colonies of their own planting ; but , on the other hand , MR .
Seite 405
While he was abroad he lost a particular on , and whip under his right arm , and a black cap in friend , his great master , Sir Godfrey Kneller , who died his left hand hangs down ; and three youngest sisters , in London , October 27 ...
Seite 446
Thy hallowed walks besmeared with guiltless gore ; I am not aware whether this verse is taken from The faithless P - n , and his savage bands , With murderous rancour stretch their bloody hands ! some published volume of poems ... 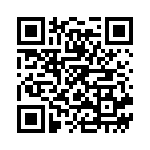