Good book. The beginning of this story takes place concurrently with the previous book, Shot Through the Heart. Sabrina and Holden are assigned to track down a hitman, one in Nebraska and one in ... Vollständige Rezension lesen 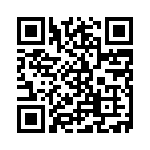