Fyodor Dostoevsky (1821-1881) was a prominent Russian novelist and writer and is widely regarded as one of the most outstanding and influential authors of modern literature.

Boris Jakim is one of the foremost translators of Russian literature into English. Among his previous translations are Dostoevsky's Notes from Underground and The Insulted and Injured. 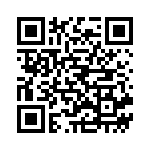