The papers of Will Rogers

The commencement of this six-volume set of the papers of Will Rogers, edited by veterans of several projects documenting American studies and performing arts, is indicative of his emergence as ... Vollständige Rezension lesen

Born in Oolagah, Indian Territory (now Oklahoma), Will Rogers's parents were Clem Vann Rogers and Mary American Schrimsher, who were each one-quarter Cherokee, or true Native Americans. This parentage is quite appropriate because Rogers himself was the embodiment of the real people of America, the "average man." He was the last of the "crackerbox philosophers" to reach a national audience, and his words and reputation as the symbol of the "common man" and of common sense have continued to grow, even though his books and films are seldom read or watched today. He has, as it were, transcended himself to become a folk legend. Rogers's rise from an Oklahoma cowboy to a world-famous humorist and philosopher is in itself a particularly American phenomenon. He began his career performing for Texas Jack's Wild West Show as a trick rider and roper. Later he performed for the Wirth Brothers Circus and then for the Mulhall Wild West Show. Eventually, he joined the Ziegfeld Follies as a regular, where he starred for 11 years. By the 1920s Rogers had become a popular speaker. He had already published two books, The Cowboy Philosopher on the Peace Conference (1919) and The Cowboy Philosopher on Prohibition (1919), both of which are collections of miscellaneous writings featuring the humorous social and political commentary that would eventually make him famous. In 1926 he began writing a syndicated column for the Saturday Evening Post, which became extremely popular and continued until his death. During the 1920s he also moved to California and began making films for Hal Roach Studios, in which he played characteristically unassuming roles and made sage and witty remarks. He made his first talking picture, They Had to See Paris, in 1929, which established him as a film star. Among Roger's other published collections of humor are The Illiterate Digest (1924), Letters of a Self-Made Diplomat to His President (1927), and There's Not a Bathing Suit in Russia (1927). An aviation enthusiast, Rogers died in a plane crash at Point Barrow, Alaska, in 1935 while flying with famous aviator Wiley Post. A selection of his writings, titled The Autobiography of Will Rogers (1949), was published posthumously.

Barbara Bair is Associate Editor of the Jane Addams Papers Project, History Department, Duke University. She is coeditor of "The Papers of Will Rogers: Volume One, November 1879-April 1904" & "The Papers of Will Rogers: Wild West & Vaudeville, April 1904-September 1908, Volume Two" (University of Oklahoma Press). She has taught & published widely in American cultural history. 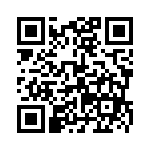