The travails of a colonial Scarlett O'Hara, her free black friend, and the man they both love, by the prolific Fleming (Loyalties, 1994; Over There, 1992, etc.). As children, Catalyntie, who is Dutch ... Vollständige Rezension lesen

Reaching deeply into the Colonial past of the United States, this sixth volume in the Stapleton series chronicles the turbulent life of Catalyntie Van Vorst; her fated friend and ex-slave, Clara; and ... Vollständige Rezension lesen

Thomas James Fleming was born in Jersey City, New Jersey on July 5, 1927. During World War II, he served on the cruiser Topeka. He graduated from Fordham University in 1950. He worked as a reporter for The Herald-Statesman in Yonkers and as the executive editor of Cosmopolitan magazine. In 1958, he was asked to write an article for Cosmopolitan about the Battle of Bunker Hill. This assignment led to his writing his first non-fiction book Now We Are Enemies. He wrote almost 50 fiction and non-fiction books during his lifetime. His novels include All Good Men, The Officers' Wives, and Dreams of Glory. His non-fiction book included Duel: Alexander Hamilton, Aaron Burr and the Future of America; The Intimate Lives of the Founding Fathers; The Great Divide: The Conflict Between Washington and Jefferson That Defined a Nation; and The Strategy of Victory: How General George Washington Won the American Revolution. In 2005, he wrote a memoir entitled Mysteries of My Father. He died on July 23, 2017 at the age of 90. 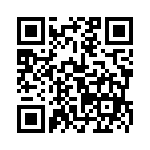