Paul Wittek (1894--1978) was one of the leading Ottoman historians of his generation. After serving in the old k. u. k. Armee in Galicia, Italy and Turkey, and an eventful career in Austria, Turkey and Belgium, in 1949 he became the first holder of the Chair of Turkish at the University of London.

Colin Heywood has taught Middle Eastern history at a number of American universities and at the School of Oriental and African Studies, University of London, where he took courses with Wittek in the 1950s. He is currently a member of the Maritime Historical Studies Centre, University of Hull; his areas of active research include the early modern maritime history of the Mediterranean and the intellectual legacy of Wittek’s contributions to Ottoman history. 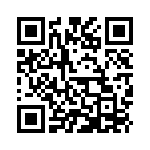