Guy Martin is currently a visiting Professor of Political Science at Seplman College in Atlanta, Georgia. He previously taught political science at universities in Africa (Botswana, Cameroon, Kenya, and South Africa) and in the U.S. (The American University, University of Virginia, New York University, Clark Atlanta University, and Georgia State University). He is the author of Africa in World Politics: A Pan-African Perspective (2002); co-editor (with Chris Alden) of South Africa and France: Towards a New Engagement in Africa? (2003); and co-author (with Mueni Wa Muiu) of Fundi Wa Afrika: Toward a New Paradigm of the African State (2004). 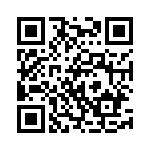