The 23 things of the title are specific criticisms the author makes against “Free Market” economics. I read and enjoyed his earlier book, “Bad Samaritans”. I enjoyed this book as well, but with have ... Vollständige Rezension lesen

National and world economics is such a confusing thing to normal folks, and this book does a super job of simplifying things in a way that helps the reader see the big picture and the context. The ... Vollständige Rezension lesen

Ha-Joon Chang teaches in the Faculty of Economics at the University of Cambridge. His books include the international bestseller Bad Samaritans: The Myth of Free Trade and the Secret History of Capitalism and Kicking Away the Ladder, winner of the 2003 Myrdal Prize. In 2005, Chang was awarded the Leontief Prize for Advancing the Frontiers of Economic Thought. 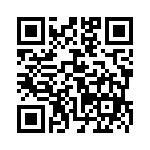